0
was successfully added to your cart.

H1 Club Hack Pete Richardson ponders if it’s time to replace the tradition of drinks all round for a hole-in-one.

WHEN I was lucky enough to score my miraculous ace there were three people in the clubhouse, two German tourists and the resort general manager.

The GM and I didn’t exactly get on and the tourists didn’t drink.

But I offered them a drink as a celebration and they kindly accepted an orange juice. The general manger, who didn’t know anything about golf (indeed he drove a cart over the practice putting green on his first site inspection!!) wasn’t offered.

I had a wee tipple.

I wanted to follow tradition. I wanted everyone to have a drink and for me to pay and recite stories of the vast bar bill for years to come.

But how weird is it that the person who achieves greatness is expected to reward those nearby who have nothing to do with it?

So, is it time to change and turn tradition on its head?

Shouldn’t I have joyously bounded into the clubhouse and shouted: “Free drinks for me for the week – I’ve got a hole-in-one.”

Or maybe walked over to the bemused Germans and request my bottle of Champagne?

Perhaps I could have headed straight to the Pro-shop and signed for my £100 voucher thanks to the ace.

Isn’t is madness that the golfer achieving perhaps the most amazing feat of their life has to pay for the privilege?

It will take a brave man or woman to walk in after their ace and announcing they expect to be rewarded by the club/course/assembled random drinkers.

And what could that reward be?

Free drinks for a week? A voucher for the Pro-shop? A bottle of bubbles?

Or maybe a free watch worth almost £300 – as BOSS have been rewarding golfers through the H1 Club with for the past four years if the hole-in-one is in a club competition at a HowDidiDo golf club. That’s amazing when you think about it with almost 20,000 watches gifted in the UK alone.

And at least the H1 Club rewards the achievement of ALL holes-in-one with a special free certificate and grants ace-makers membership of the club. 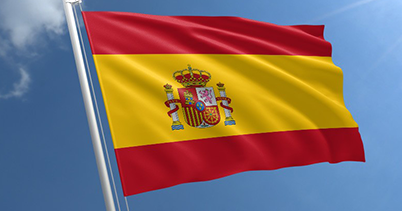